Name: Berrian “Barry” Siannodel
Age: 27
Race: Half-Elf
Class: Bard, College of Lore
Orphaned from a young age, Barry grew up with a band of dwarven street musicians. Responsible for his heavy dwarven accent, they also taught him the ways of entertainment; song, music, spoken word. They also taught him that a distracted crowd was easily parted from heavy coin purses. Having run into a spot of trouble in his home town of Lona, Barry made for the mainland to bide his time until his return. He landed in the town of Freemind, from which he made his merry way to Yorick, another spot on the trail to his destined future. 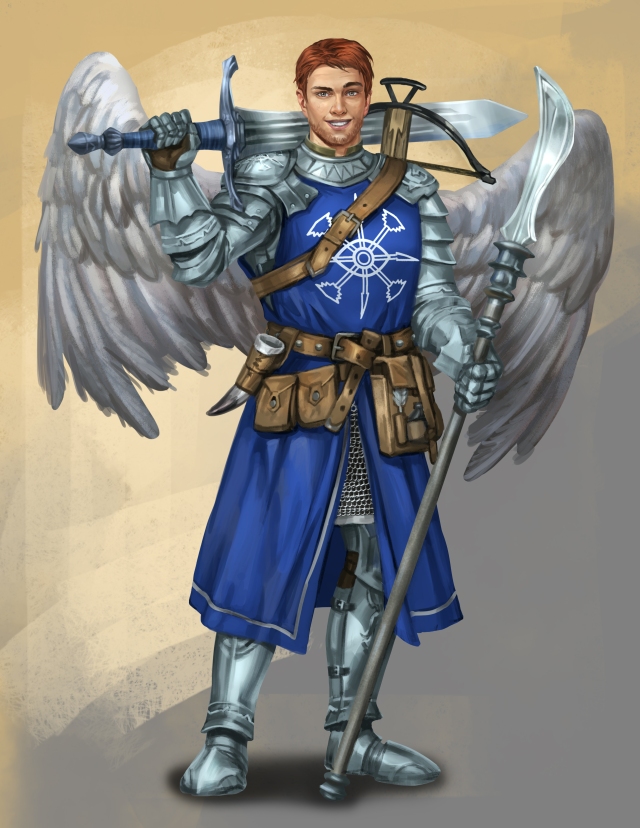 Name: Nathaniel Deslaurier, RIP.
Age: 19
Race: Human
Class: Fighter, Battle Master
Born to two knights in the river mouth fortress of Gildryn, Nathaniel was raised from day one to follow the Delaurier family tradition. As the second of nine children, he has studied combat, history, culture, and diplomacy from a young age always hoping to live up to his parents lofty expectations. At 7-years-old, Nate was sent to live a dwarven clan as a page. After he completed his studies there, Nate spent time with an aarokocra tribe. Now, having heard rumours of dark magics along the coast, he has arrived in the hamlet of Yorick, looking for what comes next.

Killed by eddie during the podcast.

Name: Sirreus Nephire, RIP.
Age: 34
Race: Zariel Tiefling
Class: Paladin of Melora, Oath of Vengeance
Sirreus hails from the coastal city of Jansport. Born of a Tiefling mother and a human father. His father was a sailor and therefore rarely home as he was growing up. When he was but a boy his mother abandoned him leaving him to fend for himself until his fathers return. When his father finally returned he was left with no choice but to bring Sirreus along with him and so at the age of 15 Sirreus became a deck hand on the merchant vessel The Shimmering Lady. He spent the next 15 years working that ship with his father until misfortune and black sails changed his life forever.

Unmade by Melora during the podcast. 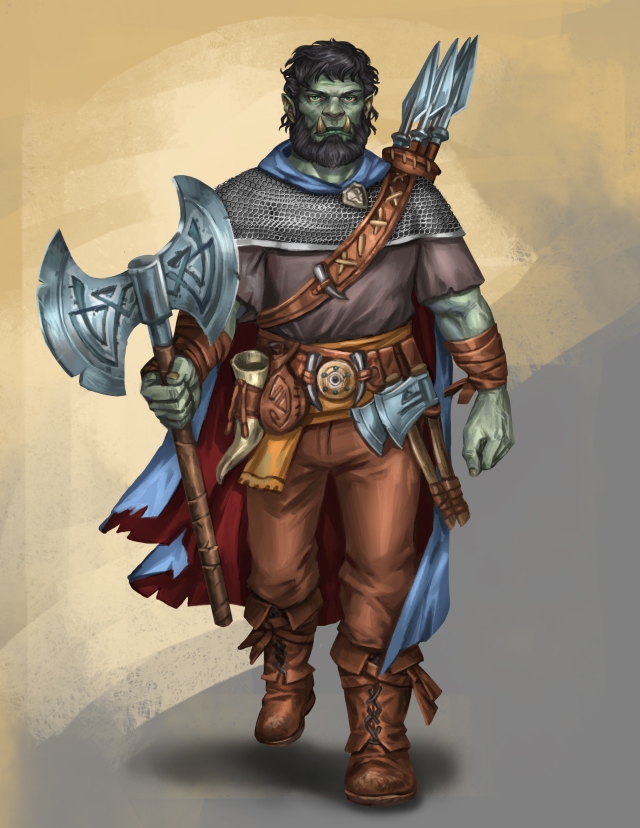 Name: Zanarook
Age: 21
Race: Half-orc
Class: Barbarian, Totem Warrior
Orphaned at a young age, he was raised by his tribe for most of his early life until an incident left him to travel on his own and try and find his own way, he heard from around the town of Yorick that the king was offering an audience to anyone to ask for anything so he has come in to town to seek this audience.

Arthur joined the Confederate Navy as a young adult to avoid a life of farming. He then spent the next two decades slowly working his way through the ranks. His most recent order has brought him to Drake Vault, where he is seeking a halfling with more than a few dark secrets.

Retired by his player, killed by Lucian during the podcast.

Lucian was born in the elven city of Soleb. He is a large and imposing Half-Elf with deep red hair and beard. His father was a wealthy fur baron and his mother the daughter of a wealthy clothing maker. His early life was difficult. His father was a cold angry man and he spent most of his life the target of that. Once he was old enough he was sent away to run the branch office in the human city of Snowmelt. He spent 6 years running that office, all of them uneventful. As he toiled his days away bitter and bored. He was consumed with the thought of taking what his father had built for himself and paying him back for the way he had treated him. He dreamt of becoming powerful. The voices started as just a whisper easily dismissed as being over worked but over time they grew into a chorus of screams unrecognizable. So prove himself he killed a wolf and earned his prize, the bone blade Ulkjeven. His longing for power had caught the eye of a being long ago betrayed. His life had a new path, one of vengeance and debts to be repaid. This path lead him straight to the crew of the Osprey where he quickly earn his place in the crew.

Kelran was born to and raised by a family with deft hands and a perchant for being in the right place at the right time. While many used their skills as spies, bounty hunters, and assassins, others followed a more moral approach and used their skills as hunters and guides. Kelran has explored each of these paths in turn and found that he is best suited for bounty hunting. As such, he was contracted by the Fallen Star Consulting Co on and off for almost a century. With his most recent contract done, Kelran finds himself somewhat bored by the mundane and is seeking a more difficult mark to hunt.